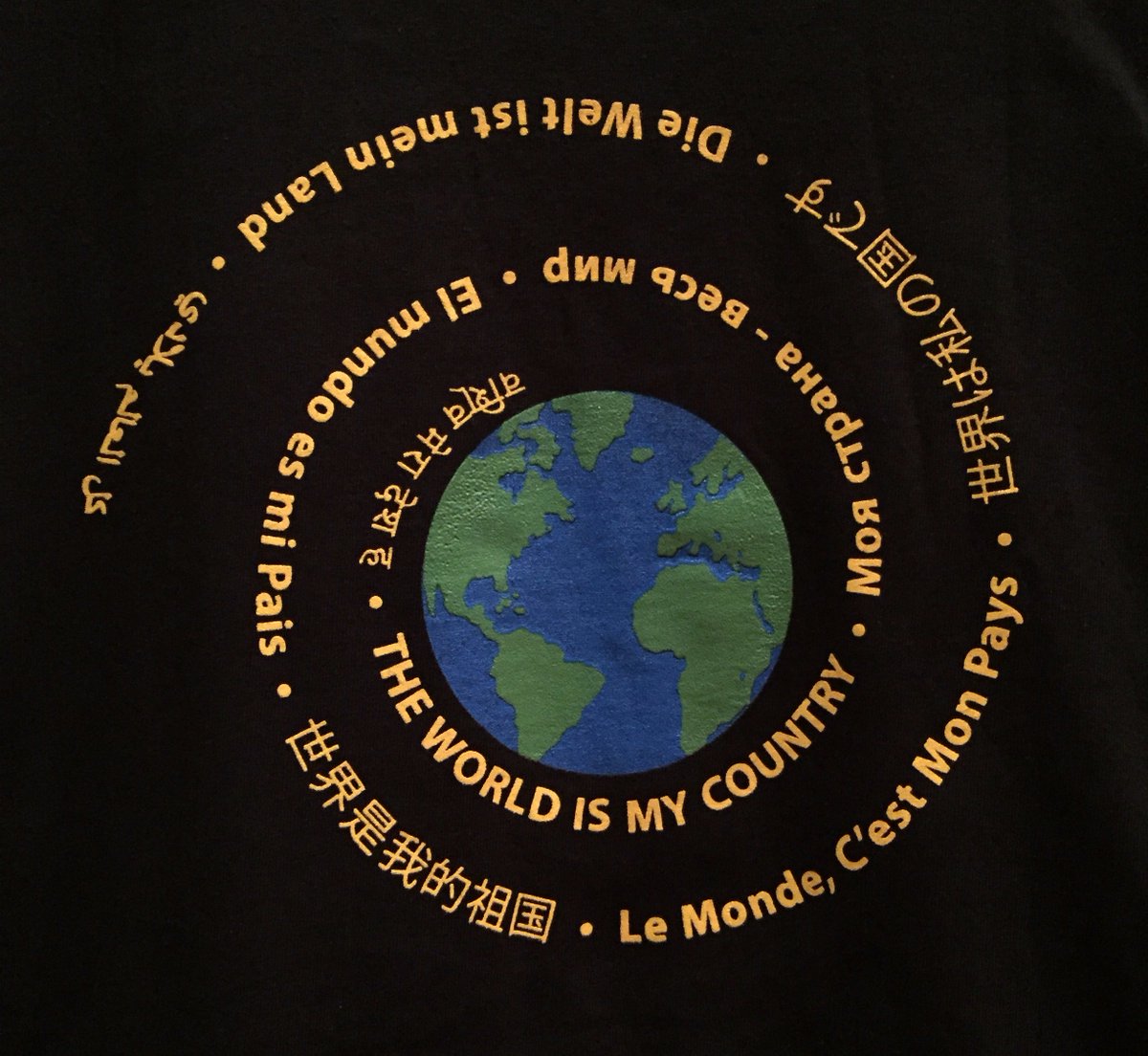 157 years after Thomas Paine wrote The Rights of Man, and after dropping bombs on cities as an air force pilot in WWII, Garry Davis voluntarily gave up his national citizenship and claimed world citizenship. In his autobiography, My Country is the World, he wrote, “Man’s deadliest, self-imposed, restrictive device is nationalism. You and I may be fellow humans, but we are not fellow nationalists. I am a fellow who willfully withdrew from the co-partnership of citizen and national state and declared himself a world citizen.”

Why did Garry Davis call himself a “world citizen”?

Garry Davis, like Thomas Paine, called himself a “citizen of the world” or “world citizen” because he saw the earth and humanity linked together as one unit, not just as a biosphere or ecosystem in which we are passive onlookers. He saw a human and political governing system sustainably integrated into the environment. He saw the possibility of humans working together to achieve a greater goal, to be more than the sum of individual parts.

He realized that if we humans were to move beyond aggression and war, then we would need to recognize that we are already one human family. We would need to claim a higher citizenship, a higher allegiance to each other and to the earth.

Why should we call ourselves “world citizens” rather than “global citizens”?

The term “global citizen” is a misnomer. The word “global” derives from “globe,” meaning ball or sphere. “Global” is an adjective describing a location or place. A global citizen is an individual who happens to live on the earth.

“World citizen,” two nouns together, describes an action. A “world citizen” is who you are, what you do, and to what you pledge your allegiance. The word “world” derives from Old English and Dutch, meaning the “age of man.” “World” pertains to the life of humans, human existence, humanity, society, civilization, human institutions and the web of interactions among humans and with the environment.

As both a noun and an adjective, “world” is a system. The word “world” describes both the place where humans are and what, together, humans have done with and can make from our surroundings. The “world” is an interconnected system of our actions, reactions, and abilities to transform our relationships with one another and the earth. The word “world” focuses on the human aspect — the structures and institutions — of our existence.

You wouldn’t say “citizen of the globe.” That is not a system. That is a description of where someone finds themselves on a spherical shape or geographic mapping. “Citizen of the world,” however, does engage the idea of people working together for a common goal. So, to be a world citizen means that you consider rights and duties of everyone individually and of all of us together towards each other and the planet. It’s not just a location. It’s not just a description. It is a political statement.

World citizenship is an idea put into action; it is ideals made real. World citizenship embraces action to develop an ethical framework for fulfilling our rights and duties. We have to conceive of the world framework that we want.

Why is this distinction between “global” and “world” important?

Unlike the term “global,” the term “world” constitutes the ethics, structures and institutions of the humenvironmental system that we can choose to create and develop sustainably.

We must claim world citizenship status. National governments cannot prevent us from doing so. They can only restrict horizontal citizenship — from one nationality to another. They cannot restrict vertical citizenship that transcends the nation.

If you have a “right to a nationality,” you also have a right NOT to have a nationality. You have a right to claim a higher allegiance to humanity and the earth. Or you can consider the idea of “nationality” to take a broader perspective of identity, meaning world citizenship status — meaning the world is our country.

We are citizens of everywhere and everywhen — wherever and whenever you find yourself in all times and situations. We are each a citizen ofeverywhere (the whole world). And we are each a citizen everywhere. In other words, wherever you are, wherever you find yourself, you are already a citizen — with rights and duties, no matter whether you were born in that specific place or not. Having a “state” identity is irrelevant to our innate and unalienable rights that we carry with us wherever we go. The problem with the nation-state, as a challenge to a functioning world system, is that it attempts to exclude; it places “others” outside of its own framework of local law.

As world citizens, we rely on world law, such as Article 6 of the Universal Declaration of Human Rights: “Everyone has the right to recognition everywhere as a person before the law.” We have rights and duties inherent to being a world citizen, which must be respected everywhere and for everyone.

We use “world citizen” and not “global citizen” because we need world law — law for a world system to help us govern ourselves peacefully and sustainably. Global law only pertains to the environment, an ecological framework. World law relates to humans, to our human world, to the myriad of interactions that we have with each other as well as with the planet.

Once the framework of world citizenship is secure, we can unite at an even higher level. With a sustainable system in place in this world, we can then become citizens of the universe.

Why do we claim and must we claim world citizenship?