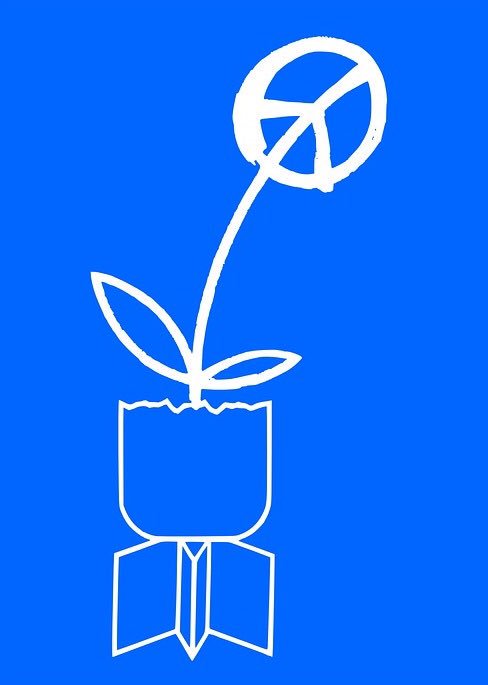 How can nuclear weapons states, like the United States of America, legitimately demand that other states, like North Korea, cease their research and production of nuclear weapons, when they themselves continue to maintain and upgrade their own arsenals?

Developing, producing and maintaining nuclear weapons are war crimes and crimes against the peace that could lead to the ultimate crime against humanity, omnicide — the elimination of humanity and the extinction of most life on the planet.

Despite the international law against nuclear weapons and war, nation-states with nuclear weapons do not want to divest themselves of their nuclear arsenals. The nation-states’ highest court, the International Court of Justice, ruled in 1996 that the threat or use of nuclear weapons is illegal, with the exception of use for self-defense — a loophole that allows governments to maintain the nuclear option. North Korea could claim that its nuclear testing and arms development is for its own protection. What country doesn’t invoke self-defense, national security, or national sovereignty as a basis for its aggression?

Humanity finds itself in this quandary because of the nation-state principle of national sovereignty.

We must now turn to a new principle of sovereignty, if we are to transcend the control of nuclear weapons countries who make the false case that their best interests are aligned with the best interests of humanity and the earth.

The Supreme Leader of North Korea thinks he can win a nuclear war. So does the Commander-in-Chief of the United States. These national “leaders” are not rational actors. But neither are the other nuclear weapons heads of state.

These heads of state have no legitimate intention to dismantle all nuclear weaponry, nor to stop aggression generally. National governments want these tools of destruction at their disposal, even arguing that their existence prevents their use. What sane leader would start a nuclear war knowing that global annihilation could occur? Mutually assured destruction does not prevent national leaders from acting irrationally.

Nuclear weapons and nuclear war are not the only nuclear concern. Continued use of nuclear energy is poisoning the planet. The uranium and plutonium used by nuclear power plants has already led to environmental degradation in Three Mile Island, Chernobyl, and Fukushima. Enriched plutonium from power plants continues to be made into nuclear weapons. Whether this material is in the hands of national governments, insurgents, or terrorists, its existence threatens our survival.

Outlawing nuclear war, nuclear weapons and nuclear power will begin to remove the threat. To solidify humanity’s future, we need to create global institutions of law and engender a global pride in being citizens of the world. We need to establish a consciousness of humanity and the earth as precious, to be protected.

Before the bombs dropped on Hiroshima and Nagasaki, under the “old world order” rulers or governments had no compunction about waging war for unabashed self-interest. They considered it an acceptable tool of state-craft. After World War I, the League of Nations and the Kellogg-Briand Pact attempted to make war illegal. In particular after World War II, under the “new world order,” governments became reluctant to wage wars of conquest, couching most wars as defensive protection rather than for offensive gain. (See The Internationalists by Oona Hathaway and Scott Shapiro.)

The UN Charter attempted to establish the conditions in which member-states may use armed force, in particular for self-defense and common defense. Article 2(4) of the Charter states, “All Members shall refrain in their international relations from the threat or use of force against the territorial integrity or political independence of any state, or in any other manner inconsistent with the Purposes of the United Nations.” Because the Charter maintains national sovereignty as sacrosanct, however, warfare within a state (non-international) remains unchecked.

Both the old world order and the new world order are disorder. Continued lack of unity of the human race under one citizenship perpetuates chaos and is the breeding ground of war. A legitimate world order will arise with a global rule of law that world citizens create through democratic, non-hierarchical and participatory world institutions of law.

As sane and rational actors, we need to engage our idealism to deal with the realistic threat of nuclear weapons. We need realism to be tempered by idealism. We need to become real-dealists. Only if we implement our idealistic goals of a governed, and nuclear-free, world, will we be able to realistically survive as a species. It’s in our best interest to move beyond our self-interest. We must transcend the paradigm of nationalism to create a world that works for everyone. World citizenship can lead us to achieve an honest, holistic, and worldly consciousness.

I have already signed the petition. Will you?

The threat or use of nuclear weapons violates the principles of international humanitarian law.

The Geneva Conventions, the Nuremberg Principles, and the Statute of the International Criminal Court maintain the premise that war is supposed to be limited, affect civilians minimally, and be winnable in a short time frame. Fallout from a nuclear war cannot be limited. Many people, not just military combatants, will die. No one can win a nuclear war.

Crime against the peace:

The threat of using nuclear weapons not only destabilizes the regions where the threat is focused, but also the progression of humanity towards the global rule of law and the consequent peaceful world. Article 20 of the International Covenant on Civil and Political Rights (ICCPR) confirms that any propaganda for war shall be prohibited by law; yet heads of state dangle the nuclear option like a plaything.

Even a limited nuclear incident could cause immediate, dramatic devastation and long-term habitability concerns for the entire earth. Nuclear war would be genocide of humanity.

According to customary international law and international treaty law, national governments must not commit acts that violate human rights.

Article 30 of the Universal Declaration of Human Rights (UDHR) states, “Nothing in this Declaration may be interpreted as implying for any State, group or person any right to engage in any activity or to perform any act aimed at the destruction of any of the rights and freedoms set forth herein.”

Article 5 (1) of the ICCPR states, “Nothing in the present Covenant may be interpreted as implying for any State, group or person any right to engage in any activity or perform any act aimed at the destruction of any of the rights and freedoms recognized herein or at their limitation to a greater extent than is provided for in the present Covenant.”

Continued development of nuclear weapons violates our human rights, in particular our right to live and our right to a world order that allows for the full and free exercise of all our innate and unalienable rights.

Article 3 of the UDHR states, “Everyone has the right to life, liberty and security of person.”

Article 6 of the ICCPR states, “Every human being has the inherent right to life. This right shall be protected by law. No one shall be arbitrarily deprived of his life.”

Article 28 of the UDHR states, “Everyone is entitled to a social and international order in which the rights and freedoms set forth in this Declaration can be fully realized.”

The preamble of the ICCPR states, “The States Parties to the present Covenant, Considering that, in accordance with the principles proclaimed in the Charter of the United Nations, recognition of the inherent dignity and of the equal and inalienable rights of all members of the human family is the foundation of freedom, justice and peace in the world; Recognizing that these rights derive from the inherent dignity of the human person; Recognizing that, in accordance with the Universal Declaration of Human Rights, the ideal of free human beings enjoying civil and political freedom and freedom from fear and want can only be achieved if conditions are created whereby everyone may enjoy his civil and political rights, as well as his economic, social and cultural rights; Considering the obligation of States under the Charter of the United Nations to promote universal respect for, and observance of, human rights and freedoms” agree to uphold human rights.