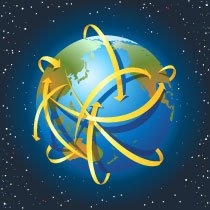 Activists assert the universality of human rights to demand that governments respect everyone’s rights and duties universally. Embodied by treaties, covenants and declarations, human rights enforcement appears to provide an antidote to ongoing violence and inequality in the world. Has the demand for respect of universal human rights principles led to greater respect of our rights?

In her book, Human Rights and Gender Violence: Translating International Law Into Local Justice, Sally Engle Merry, Professor of Anthropology, Law and Society, analyzes the current flaws in international human rights law creation and dissemination, and attempts to respond to these flaws by proposing that international law and human rights development should return to local community engagement. Education and promotion of human rights standards, she maintains, should be in accordance with the culture of the local area.

Merry highlights the knowledge gap between the drafters of international law and the communities who are directly impacted by these laws. Localities are often excluded from crucial conversations and preparatory work during the drafting of human rights laws, as well as from what those laws will do and how they will be implemented. Merry posits that the lack of awareness of the law-making process creates an unwillingness to abide by the laws, as well as a perpetuation of human rights violations all over the globe.

Because law drafting tends to be an elitist process, lawmakers sometimes fail to acknowledge the concepts of culture and local identity, and how those concepts relate to human rights. Local culture, to a significant amount of communities, represents the essence of their existence. Merry states that cultural considerations in human rights often are either overlooked by international standards, or used as a shield against laws, but instead should serve as a peaceful tool to benefit all parties. She writes, “Even as anthropologists and others have repudiated the idea of culture as a consensual, interconnected system of beliefs and values, the idea has taken on a new life on the public sphere.” Merry proceeds by explaining that culture can be used as a method of educating all parties: the international actors, by teaching them the intricate diversity of each community and how it ultimately relates to human rights, and the localities, by teaching them the essentiality of having human rights laws by giving local examples of human rights violations, stemming injustice in their communities.

Merry argues that the solution lies in the “vernacularization” of human rights, by bridging the gap between participants at the international and the local levels, utilizing resources such as NGOs and other activist groups who can translate and understand both parties in this dilemma. This solution is particularly useful in implementing crucial laws that are generally misunderstood by populations with little to no access to the human rights education. This misunderstanding is due in large part to the law-makers of the privileged world who take part in what Merry calls the “transnational culture of modernity.”

This term describes the general grouping of people who, by the simple fact that they all live in modern, organized states with high regards towards individual rights and protection from the state, fail to consider the differences between their world, and communities whose cultures largely differ from these standards. The people in this transnational culture of modernity are often the very people who compose human rights codes and promote human rights on a global scale. Through the assistance of NGOs and activists to bridge the gap of understanding between global standards and local cultures, various disadvantaged communities have come to understand how their governments are mistreating and oppressing them. They have begun to claim their rights utilizing the resources that international human rights treaties provide.